Behold the adaptation of Tom Daschle, from man of the people to Grand Poobah:

From immigrant stock, he was the first in his family to graduate from college. Now he has forgotten that having a car and driver is considered a perquisite.

Details via the Wall Street Journal.

That's the headline in this post, coming to you from the curmudgeonly FITSNews.

You wouldn’t know it by looking at our state’s 9.5% unemployment
rate, but tens of thousands of new jobs were created in South Carolina
last year … only to lie dormant as no workers were found to fill them.

In fact, over the last eighteen months, the number of unfilled jobs
in the Palmetto State is roughly the same as the current number of
individuals drawing unemployment benefits, according to job placement
data obtained by FITS.

There's been a lot of talk in Columbia over the last few weeks about the lack of operational efficiency and accountability on the part of the Employment Security Commission.

Sounds like the ESC has become/is a backwater patronage job for favorites of our legislators. Nothing like a major economic crisis to shed some light on our state government's bass-ackward way of serving its citizens.

In the words of the great dishonored economist, Alan Greenspan, the entire process by which Obama and the progressives have celebrated their ascension to power suggests a severe case of "irrational exuberance". This cartoon nicely captures the essence of the ubiquitous kumbaya moments….. Cross posted at Gates of Academe……. Found on a dismal Sunday, while preparing for the start of classes tomorrow, some words of inspiration from Goethe. Described by George Eliot as "Germany's greatest man of letters… and the last true polymath to walk the earth.", this says much and inspires greatly:

Until
one is committed, there is hesitancy, the chance to draw back, always
ineffectiveness. Concerning all acts of initiative (and creation),
there is one elementary truth the ignorance of which kills countless
ideas and splendid plans:

That moment one definitely commits
Oneself, then Providence moves, too.

All sorts of things occur to help one that would never otherwise have occurred. A whole
stream
of events issues from the decision, raising in one's favor all manner
of unforeseen incidents and meetings and material assistance, which no
man could have dreamed would have come his way.

Whatever you can do, or dream you can, begin it. Boldness has genius, power and magic in it.

Good stuff, and words to keep close by this semester…….. 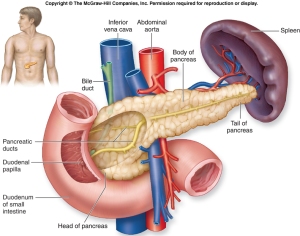 Some may recall a post I wrote several years ago detailing an encounter with pancreatitis that required a short stay in the hospital. A painful experience, for sure, and not anything I wanted to ever experience again. So strong is that conviction that I have not, since that day, consumed an alcoholic beverage…per the doctor’s strong suggestion.

Much has changed in my life since then, mostly for the good. But, given the human condition, the passage of time, and the stress of a major change in my life, it was inevitable that some aspect of the prevention model would slip.

The first sign was a series of small "episodes" that began in early fall. The pain would begin, I would stop eating and drinking, while medicating with a carefully stored cache of pain pills. I knew something was going wrong, but, after a day or two, the pain would abate and I could continue with my studies.

Twice I had to miss important obligations.

Then, right before Christmas, a serious episode struck. Much more pain, a lot more pain medicine, and 4 days of writhing on the bed while wondering if I should call the doctor, knowing that the call would send me right into a hospital bed. Finally, the pain eased, and we were able to make our biennial Christmas drive to the frozen Mid-West.

Even after returning home I did not feel "right". Lacking energy, unable to muster the will to do simple things, my body was telling me that I had a problem. Still I did not call my doctor….I really did not want to look at the bill for a multi-day visit to the hospital.

The decision was made for me Sunday morning.Shortly after a delicious breakfast (eggbeater omelet and wheat toast), I was overcome by nausea and began vomiting. And vomiting, and, finally, retching. At the same time, a sharp pain pierced my stomach, increasing in intensity in waves of pain that doubled me over. Dripping in sweat, retching, and barely able to talk, concerned wife doing what she could to help, I finally uttered the necessary words:  "Call S*^@%".

We were in the emergency room in 10 minutes. In another 5 minutes, the IV was running and the doctor asked the familiar question: "On a scale from 1 to 10, with 1 being no pain, rate your pain". I remembered the question from Bozeman, and the medical responseto my answer was the same. In just a moment, the dilaudid began to flow into my arm.

Now, dilaudid is a bit different from the morphine of my earlier experience…

…hydromorphone is somewhat faster-acting and about eight times stronger than morphine and about three times stronger than heroin on a milligram basis. The effective morphine to hydromorphone conversion ratio can vary from patient to patient by a significant amount with relative levels of some liver enzymes being the main cause; the normal human range appears to be from 8:1 to a little under 4:1. It is not uncommon, for example, for the 8-mg tablet to have an effect similar to 30 mg of morphine sulphate or a similar morphine preparation.

It was soon clear that I was dealing with a different kind of pain reliever. And yet the agony persisted, alternating sharp jabs with throbbing aches that forced me to groan in an almost helpless way.

Friends, it was a very tough 24 hours. By Monday afternoon, the pain had subsided greatly, but various fluids were still pouring into my arm. Sleep was, as I remembered, hard to come by, as some nurse or tech needed some fluid withdrawn every 2 hours. By Tuesday, I was finally allowed a glass of water, and then, later, a small bowl of soup. Tuesday night found me in my home, showered and ready for sleep in my own bed.

I can already tell that this recovery will be tougher. I still haven’t left the house, there are hints of pain from time to time, and I am eating with an acute awareness of the need to process whatever I take in. In the near future are another CT scan (to check on the cysts that may now inhabit my pancreas), weekly lipid panels to monitor my triglycerides (you would not believe how high they were when measured in the hospital…), and a very close watch on my glucose levels.

Could this latest episode have been avoided or prevented? Most likely. All I had to do was get a lipid panel every 3 months and my doctor and I could have caught this long before things blew up.

Friends, there is no lesson in the second kick of the mule…….listen to your body.

One of the aspects of the Agricoli trip to Iowa was the opportunity for a LOT of good-natured ribbing from the hordes of Iowa fans – who don't have much to do during the winter, what with bitter winds, fallow fields, and remote towns and villages separated by miles of farmland.

So imagine my disgust just now to receive a call from, of all people, my mother-in-law, who asked:

"When is South Carolina going to put in their first team?"

Such is the life of a Gamecock fan…..

No, I didn't disappear, or decide to stop the blog, or disagree with the muse. I lost my sign-in, and when I tried to log-in with Typepad using my gmail account name, Typepad wanted to create a new account for me. A complete fiasco, with a disappointing level of support from the Typepad folks. Thanks to blind luck, and some desperate typing, I'm back on board.